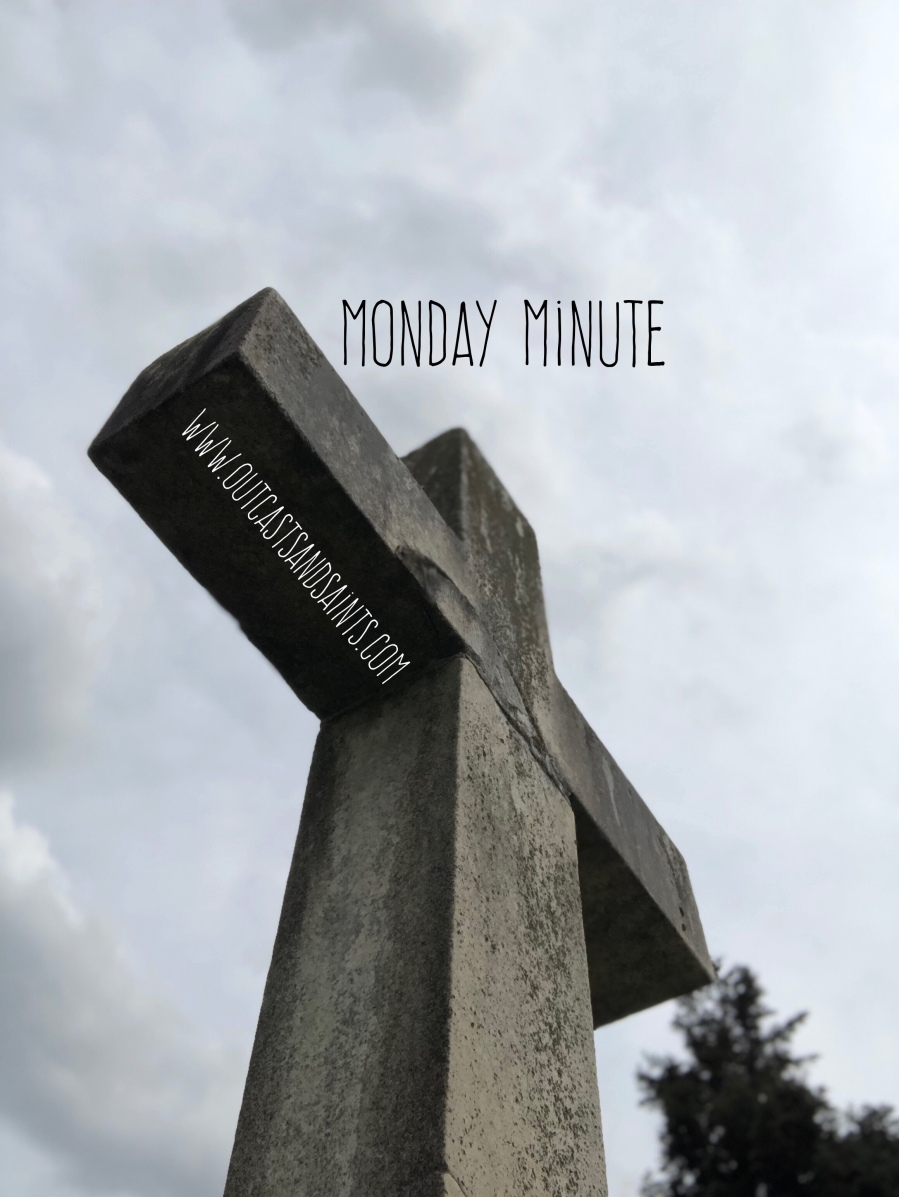 I do not know about you, but when I go to church there are often a regular set of seats where we sit. While there are those that attend regularly who can be pointed out as, “that family sits over there” or “this couple sits here”. Which is why when we attend services while out of town we joke about wondering whose seats we are going to take.

Although for us it might be easier to miss the regular attending folks, because we typically go to the early service. It is usually one that is attended by fewer folks than the late morning service, most often without music. If we are lucky, we are able to notice something like the hymnal or Book of Common Prayer, we look for the ones that are less worn.

Still we hope that our faces may be seen as a visitor and hope people will not feel too out of sorts. There are often different elements of these churches that will stand out to us. In one such occasion we noticed the personally embroidered kneelers, the stained glass, baptismal font or some other distinguishing element. Often times we are able to see the story of the Parrish Members of the past and present, by the different elements.

However, as outcasts, we may not easily go in to another church for the fear of how they may believe. This can leave us in a holding pattern, wondering if they will accept us as we are. Will they accept us because we are divorced, have not always been a Christian, loosely identify as a Christian now, maybe LGBTQ+ or maybe how you feel ostracized. As an outcast it might be able to easier to offer examples of times when we have felt disconnected or maybe even asked to leave. Perhaps that is why the times we feel welcomed or made to feel a part of a church can stand out.

That happened at one such church we visited in 2014. We were on a weekend trip to check off the bucket list another Major League Baseball field and team. This is where I started to see that we are the ones who sew the fabric of our faith. A thread that might weave knew connections of people we meet, connections with distant relatives or re-connections with friends who have moved. This all becomes a part of the thread of the communion of saints.

We are active participants in the communion of saints and this thread can in some ways be developed easier with the vast array of global possibilities, including through social media. Interestingly this all came to an awareness in Cincinnati and for me the formation of our roles in the communion of saints, that we are not nearly observer into or holding the memory. On this trip, we visited with a friend who had moved and who we share a history with. We formed new memories with them and also developed a new thread.

Although that thread is more as an observer than a participant until now. In recent months they out up a post about the new installation of a new Little Free Library (LFL), which prompted me to speak with our spiritual home that is in a heavily walked area. There is now a LGL being built. This month they participated in their local Pride Celebrations and Parade, carrying a rainbow of balloon flowers, showing their support and acceptance of LGBTQ+ people. A statement they even bravely make on their home page. They are active participants in the communion of saints, with their neighbors having a LFL and with those of us who have been cast out, especially for being LGBTQ+during Pride month. The donation this month is to Trinity Episcopal Church in Covington, KY, which is just across the Ohio River from Cincinnati, OH (if unfamiliar with MLB it is home to the Cincinnati Reds).

2 thoughts on “Monday Minute and the June Donation”

Hey, I’m Riley and I am unconventionally spiritual, which enables to join in along unique journeys on many spiritual paths. Recently, I have taken up painting, but have not yet painted the quintessential bowl of fruit yet. I also express spirituality in photography and unless otherwise noted, all writings and photographs come from me. I look forward to getting to know you along our spiritual paths.

Find what you are looking for